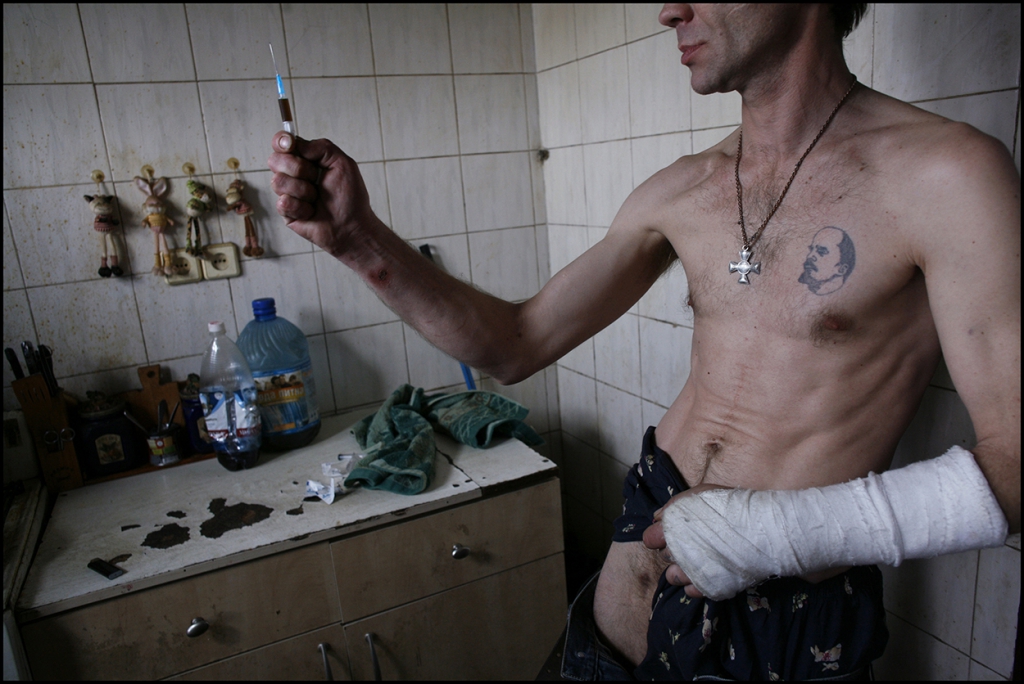 Sergey, 42, HIV positive. Sergey is preparing his shoot of shirka, the local drug, a mix of opium and solvent. He has bought the shirka from Vlada, a prostitute and drug addict, who prepares it in her kitchen. Sergey often comes to Vlada's flat to get his shoots. Since 2006, the French Red Cross has been implementing a ‟Harm reduction program‟ to try and contain the propagation of the AIDS virus in Ukraine. The country is the first in Europe in percentage of HIV positive people. The drug users population is one of the most endangered population regarding HIV contamination. On the estimated 440 000 ukrainians suffering from AIDS, some 160 000 got HIV through their drug addiction.
Top